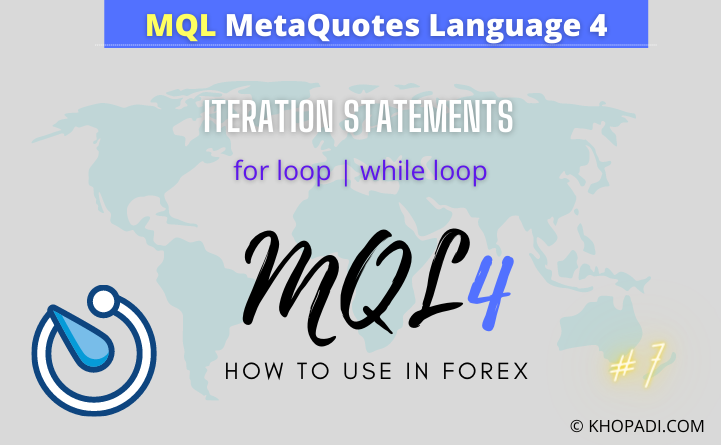 In the programming aspect, Repetition is called Iteration. If some logic or codes requires repetitive use then, the concepts of Iterations are used.

Iteration is the looping mechanism in which you can repeat the entire block of code as many times as you required.
For Example,
You want to write "Happy Birthday" 10,000 times. then you can easily do in the world of programming.
Just use Iteration Statement and It's done.
Iteration or Repetition of code can be defined for two types of requirements:-

For the implementation of a fixed number of repetitions, MQL provides us "For" Loop.

For Loop is most useful in the MQL Forex Trading Programming. It is used to perform the repetition of a block of code any number of times. It has the following syntax.
Syntax
for( expression_1 ; expression_2 ; expression_3 ) { // write your code here }

How does "For Loop" works? 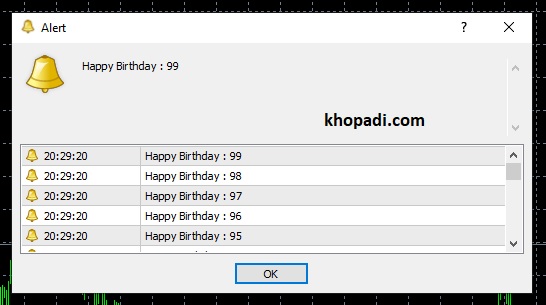 Explanation of Output
In this example, I simply try to print Happy Birthday 100 times, starting from 0 to 99. that's why I used For Loop because the Number of repetitions is already known.
You can see the "int i = 0" initialize the value of "i" with "0". "i++" increment the value of "i" with "+1" each time when loop repeats. this loop will continue to work till "i < 100 " or in other words, this condition will be true till the value of " i = 99".

Repetition till Condition True or False

Condition-based repetition can be performed using the "While" and "Do-While" loops.

While Loop is used for condition-based iteration or repetition process. The Condition is checked before entering the loop body.
Syntax
while( expression_1 ) { // write your code here }

How does "While Loop" works?

While Loop is used for condition-based iteration or repetition process. The Condition is checked after exiting the loop body. It means, In any condition, "Program will execute the code inside the do-while loop and run at least one time".
Syntax
do { // write you code here }while(expression_1);
"expression_1" is the condition for repetition, "do-while" loop repeats the steps till this expression gives the result as "True".
Source Code Example
void OnStart() { int i = 0 ; do { Alert("Happy Birthday : ", i); i++; }while(i > 100); }
Output 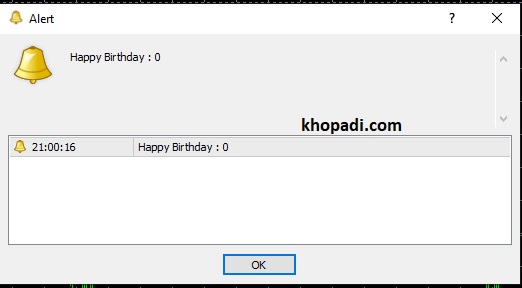 Explanation of Output
In this example, I have defined "i=0" and the condition is given as "i > 100" which is "False". apart from this, the do-while loop executes at least one time. If you consider another condition in which condition gives a "True" result for some step then Output Text " Happy Birthday" will be printed more than one.

⭐ Is Forex Trading Legal in India?